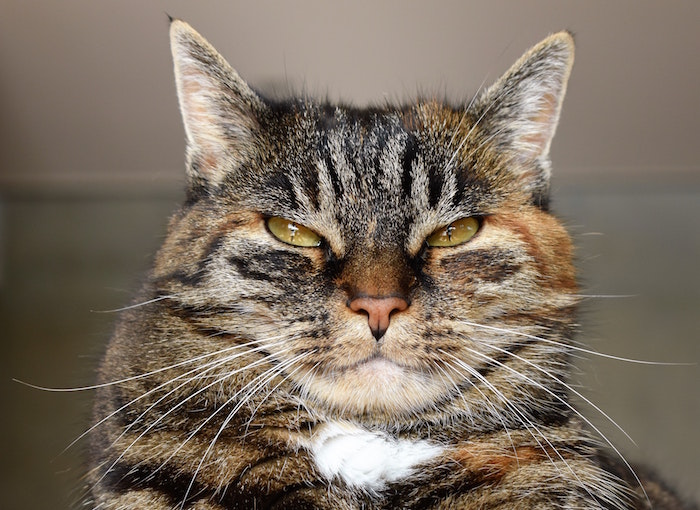 A few months ago I saw a totally offensive ad in Facebook, promoting an SEO company.

The ad showed a ditzy-looking lady who was clearly over 50. The headline read, “So simple even Grandma can use it.”

Whoever wrote that ad hasn’t been around the Internet lately. Lots of people — especially women — in their sixties, seventies, and eighties are defying the stereotype. They’re building websites and online business empires. They’re running rings around their thirty-something colleagues…some of whom still don’t understand social media.

I bet dozens – maybe hundreds – of people saw that ad and vowed never to do business with that company again.

As a marketer, you can’t afford to make assumptions and you’ll kill your business with stereotypes.

Stereotypes are especially lethal when they appear in the stories you tell.

Many years ago, Avis Rental Cars actually ran a campaign to promote their awesome new computer system. “These pretty girls can’t handle numbers,” the ad said. “So we devised this system to help them.”

At the time I was working in a financial field. I wrote to the company, pointing out that I rented cars for business, and Avis would no longer be my company of choice. The company sent back a personalized reply and soon after those ads disappeared. I suspect I wasn’t the only female businessperson who’d shared feelings on the subject.

For instance, some stories make demeaning comments about professional athletes. A “football player” symbolizes a clueless, narrow-minded guy who doesn’t read a lot.

That storyteller will be the one who looks clueless. Andrew Luck (who just retired from the Indianapolis Colts after a highly successful career) is a Stanford grad who likes to share books with his teammates. According to a Wall Street Journal article, he’s discussed Greek classical works (like Homer’s Iliad) with Khaled Holmes, another football player.  “There’s more book talk than people assume,” Holmes tod the reporter.  So much for locker room talk.

Football fans aren’t particularly dumb either – and they won’t be pleased by derogatory comments about the intelligence of the players.

Images in your articles and ads can come across as insulting.

Nobody intends to be insulting.

But let’s say you’re promoting video games. You use photos of males aged 20 and under. But according to market research, 44% of gamers are over 45 and 52% are women.

A magazine illustrated a section “For Seniors” with a smiling mature woman who was talking on an old-fashioned conventional phone. The unwritten message was, “Older people don’t use cell phones,” which is patently untrue.

Even big companies still blunder. Bic came out with a pen just for women. Really? Ellen DeGeneres totally nailed it in a satirical video.

People come in all varieties.

A YouTube viewer commented on a cowboy song, “I think I was born a cowboy. Broke my first horse at nine, was still roping at sixty, and rode out a bucking two-year-old filly at seventy. And I ain’t’ done yet!” Yet many financial planning ads simply assume everyone over sixty has become frail and focused on retirement.

Not all single people are lonely and depressed. An NPR article notes that some singles seek out solitude for Thanksgiving. A course on “Surviving As A Single: Twenty-first Century Dating” could be renamed, “Finding Your Perfect Mate In The 21st Century.”

3 Ways To Treat Your Audience Respectfully

(1) Get beyond superficial descriptions of your target market. One marketing seminar leader advised attendees, “Target retired people. They have IRAs.” Truth? Not all retirees have IRAs … and many of those who do aren’t looking for ways to spend them.

(2) Target your marketing based on your audience’s urgent problems, dreams, and desires, not their demographics. Not all single women 18–34 are seeking their soulmates.

(3) When you find yourself categorizing, ask yourself, “Can we consider these groups to be different cultures?” For instance, instead of identifying motorcycles, video games, football or beer with males, think of the “weekend football culture,” which includes men and women of all ages.

BTW, a lot of business owners don’t realize they have a gold mine sitting on their hard drive. Maybe your company sends you boring, generic content to share with your prospects and clients. Maybe you’ve bought a ton of PLR and don’t have time to turn it into profitable marketing content.

I can help. Send me a message at http://cathygoodwin.com/contact