Baseball fans know the feeling…that solid “ker-chunk” as the ball and bat connect. For sure someone will be on base … maybe even a home run!

You get the same feeling when your story reaches your audience. You see the nods (live or virtual): “We get it!” And for sure they’ll sign up for your lead magnets and maybe even buy from you.

But what kinds of stories lead to that strong connection?

As business owners, we’re often advised to share our stories. We’re advised, “Be personal. Let people get to know you!”

With Strategic Storytelling, we always go back to the question, “What’s the purpose of telling  the story?”

So we ask, “Why do people want to know?”

When they’re considering a working relationship, they want to know you in very specific ways.

For instance, they want to know what you’re like to work with, especially if you’re in a field where people bare their souls or their bodies. Will you be judgmental and arrogant? Will you be warm and supportive? Will you respect their time constraints and also budget enough time so you can deal with their problems thoroughly — without taking breaks to talk to another client or sign for a package delivery?

Let’s look at the four types of stories you can share to communicate your answers.

In her book, Stories For Work, Gabrielle Dolan shares a story about being on an airplane. The usual announcement came on as the flight took off (“Keep your seatbelt fastened and here’s where the oxygen masks are stored”).  People slept through it.

But as the flight got underway, it looked like they’d have to make an emergency landing. The crew repeated the instructions again.  This time everyone was on the edge of their seats. The announcement was meaningful.

The story was presented (as what I’d call a concept story) to corporate managers who were preparing to announce a major initiative. The point was, “When people are really interested in an outcome they pay attention.”

Dolan says the story succeeds because  it’s personal —  but even more, I’d say,  it’s relatable. Anyone who might be reading that book will have served time on many commercial flights.   As you listen to the story, you hear the announcement, imagine yourself crammed into in a miserable little coach seat, lights on the floor to mark the exit. The fact that it’s personal is an extra bonus.

Personal and NOT Relatable

When I was doing comedy someone suggested I start creating material based on my experience of living in Alaska. So I told the story about my colleague who’d just gotten his pilot’s license. He wanted to build up hours to become an instructor.  He was always looking for people to share the costs in return for some exciting flying time. I was always up for adventure.

On one flight our tiny Cessna started shaking … like, really going side to side. The pilot turned to me nd said, “You know, Alaska’s a really good place to learn mountain flying.”

My first thought was, “You’re learning? This is a training flight?”

When I told that story onstage at an open mic, I got puzzled looks. Nobody thought it was funny.  So I went back to telling stories the audience could relate to. They loved my jokes about the cable company (“if you aren’t getting ,  or the time I got invited to a holiday dinner and the wife thought I was after her husband (who was dull as dishwater with the sex appeal of an earthworm), or how I don’t buy a lot of beauty products because there’s a low return on investment.

The problem was, nobody in the audience had been to Alaska. Probably none of them had flown in a tiny two-seater single-engine plane. Certainly none of them was dumb enough to go flying around with a pilot who’d logged less than 100 hours of flight time.

So that story was up close and personal — but my audience couldn’t relate. The same thing happens when I write about ceramics class or country music. Most of my readers tune out.

Another example was a coach who shared personal stories about her trip to Bali. Most of her readers couldn’t imagine finding the time and money to go to Bali. “That’s nice for you,” they say, “but I can’t imagine what it would be like to go there.” I’ve never been a spa person myself.

NOT Personal AND Relatable

Then there’s a story about a woman who’s driving home late at night. It’s cold, snowing, and dark. She’s exhausted from a busy day. All she can think about is getting home, having a hot bath and eating a nice dinner. Then just when things couldn’t get any worse,  she gets a flat tire.

She looks in the trunk. She’s got a spare but she doesn’t have the equipment to change the tire, not to mention the thrill of changing a tire in high heels and a business suit. Then along comes a truck. The driver says, “I can help with that?”

Once again we have a concept story. The point is, “How much would this woman pay to have someone change her tire?”  By analogy, business owners should aim to attract clients who’d be just as eager as that woman. They urgently need solutions and will pay handsomely to get what they need.

Whether you agree with the point or not, it’s a very relatable story to most of us. Nearly all of us can imagine ourselves driving in bad weather, feeling cold and miserable. Many of us know that scary feeling of waiting by the side of the road for help with an injured car — whether it’s a battery, flat tire or failure to start for mysterious reasons. What if we get frostbite? What if the Auto Club never shows up? Could we get hit by a passing car?

Not Personal and NOT Relatable

Think of the story of the person who won the lottery and didn’t know what to do with the money, so he went broke. That’s neither personal nor relatable.

It’s easy to tell this kind of story because we live in such a diverse world. For instance,  I’ve known a lot of people in the military. So, to illustrate a point, I once told a story about a female cadet at one of the US military service academies.

My audience totally tuned out. This particular audience didn’t know much about the military; they didn’t know the US has five service academies and didn’t know women have been welcomed there (and even been in charge of them) for the past forty years.  For this audience, the story was neither personal nor relatable.

Why tell a personal heart-wrenching story — even if it’s not relatable?

One particularly famous guru (call him “Chad”) has talked about growing up in a poverty, living in a crowded house, watching his friends go to prison for drug deals. It’s a moving story and Chad tells it well, with many vivid details. He uses that story to explain why he seeks out luxury now at every opportunity — from $400 haircuts to limo services to private air travel.

That story is personal but not relatable, although many audience members will be familiar with the settings from reading popular memoirs and news stories.

It’s important to clarify Chad doesn’t tell that story to grow his business or attract more clients. This story fits in the category of “satisfying curiosity” and “making him seem human.” After all, he’s earning and spending so much money, he could seem aloof.

Chad never told that story while he was building his business. He only revealed the details after becoming incredibly successful.

Before telling any story, begin by asking, “What’s the purpose? What do I want to accomplish?”

Does your audience needs to believe that you’re telling your story, based on your first hand experience?  Do they need to get a sense of how you work with clients? If so, share a personal “I was there when it happened” story.

But if you’re trying to explain an idea, you may not need a personal story. You can share a story about someone else — even a character who’s obviously imaginary or a composite. What’s important is that your listeners must be able to feel what happened and imagine themselves on the scene. If something seems inconsistent, inconceivable or unimaginable…they’re gone.

What are your thoughts on this topic? Do you get frustrated when you’re told to come up with something personal…and when you read personal stories that don’t seem to support the storyteller’s message? Write your answer in the comments below.

What’s your brand story? We’ve identified 5 story types used by the most successful service-based businesses … and created a worksheet to help you promote your story through your marketing strategy. Click here for the free download.

And if you’d like to talk about ways to tell your own story, click here to set up a one-to-one consultation. 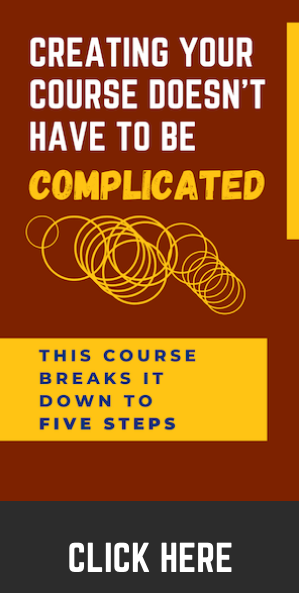